We are honored to announce they will perform their musical theater and opera repertoire in Carnegie Hall!

Let us introduce you to our winners:

Katia was born in France and is currently fulfilling a master degree in musicology at the Université de Montréal, Canada.

Her voice training began at the age of 7. She was the lead singer of several bands, including All the Same as a composer (symphonic metal) and Auk Machine (cover band), and recorded a CD as a backup singer for the reggae artist Ranking-T (Inclassable, 2014). 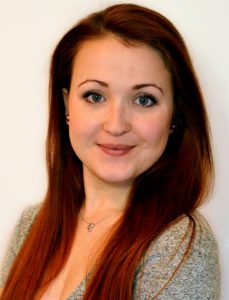 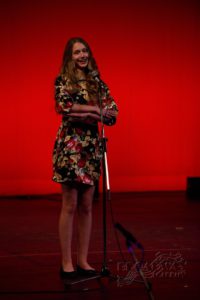 While mastering her classical and Broadway vocal techniques with her teacher, Ms. Martina Oslejskova, she became one of the best students of Broadway Academy in Montreal. Singing has become her passion in early childhood. Alisa adores to express her acting skills throughout the songs.

It is worth mentioning Alisa won a vast range of competitions. Ukrainian “Яскраве Майбутне” and “Зоряна Юнiсть” in 2014, further more achieved 2nd place in “Словянский Венец” in Bulgarian-European contest. Since her arrival in Canada she has won Montreal-“Bravissimo”, where she was as well awarded a Gold medal and Grand Prix; has achieved 1st and 2nd place in “Festival de Musique Jeunesse” classical voice contest. She has also participated in a variety of concerts and charity events.

She is diligent and hardworking student that speaks English, Russian, French and Ukrainian. Her dream is to perform in famous Opera houses!

is a passionate and creative girl literally transported by the power of songs and music. Although singing as always been a significant part of her life, she started her training at Broadway Music Academy at the age of 8. Founder and award-winning teacher Martina Oslejskova took young Alexa Cate under her wings leading to immediate progress and participation in several competitions and showdowns. Last year, she took part in the famous Ontario – Quebec Youth Music Festival where she won in 3 categories (open, Broadway and regular). In 2018 she was awarded 3 trophies (1st and 2nd places) as well.

Actively engaged in her community, she regularly performs during art festivities at ECS as well as for audiences in retirement homes. In 2017, she’s been invited to take part in the much sought after Vivat Broadway, a charity concert at the famous Place des Arts in Montreal and has already been invited again for this year’s edition.

Competitive and committed she also practices high performance tennis, basketball and track and field. Without a doubt, her unique personality and sense of the show makes her a must-see performance. Singing with her heart she is always committed to reach out to the audience and engaged with them emotionally. 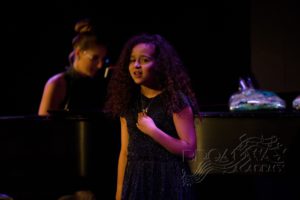 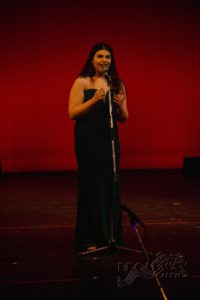 has been singing since the age of 4, commencing vocal lessons at the age of 14. She has participated in the
St. George’s High School Glee club “G Major” for 4 years, where she assumed the roles of Sophie Sheridan from “Mamma Mia”, Freddie Mercury in “Somebody to Love” and Queen Elsa from “Frozen”. Serena also participated as a member of their competitive team which she was a part of four years, where they won first place overall in 2015, and first in their division in 2016. She also participated in her school’s production of Godspell in 2015, where she sang “We Beseech Thee” and “Beautiful City”.

Serena also plays the piano and composes her own music during her free time, and currently rehearses with her vocal coach, Martina Oslejskova, at Broadway Academy.

is a 12 year old vocalist from Montreal, Quebec. Her singing career began at age 8, when she performed at the ECS Global Girls Gala and the CAIS (Canadian Association of Independent Schools) National Conference. In 2016/7, Kira wrote and presented her first original song, “Brand New Possibilities”.

In 2017, Kira became the voice of “War Flowers”, a Canadian Exhibition commemorating the achievements of Canadian soldiers in
World War I. Travelling with the War Flowers team, Kira has performed at the exhibit’s opening ceremonies at the
Canadian National War Museum (Ottawa), in Toronto, and recently, at the Vimy Memorial in France.

Kira continues to study pop and Broadway vocal techniques with Ms.Martina Oslejskova. She is also working on her remarkable original compositions. 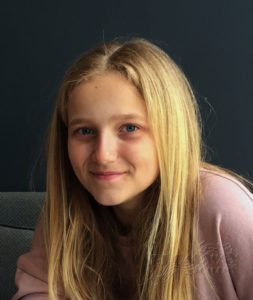 Master Class with the cast of BEAUTIFUL
Scroll to top